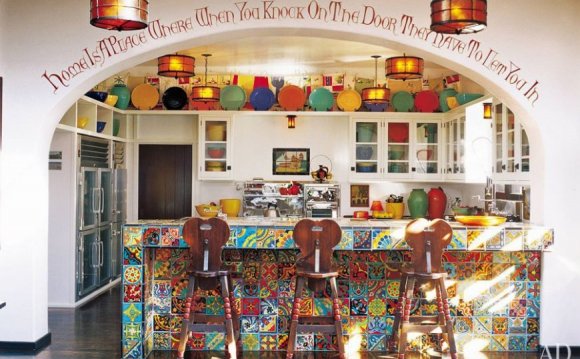 The outstanding restoration of Middleport Pottery in Stoke-on-Trent, winner of an EU Prize for Cultural Heritage / Europa Nostra Award 2015, Europe’s highest honour in the field, was celebrated on its premises on the morning of 26 January 2016. HRH The Prince of Wales, founder and patron of The Prince's Regeneration Trust, received, on behalf of the Trust, the Award from Europa Nostra’s Secretary General Sneška Quaedvlieg-Mihailović, in front of an audience of 80 people, including individuals and public and private representatives involved in this exemplary project. Before being presented with the Award, The Prince made a guided tour of Middleport and officially opened the pottery’s new Prince of Wales Studios, where the ceremony was held.

Built in 1888, Middleport is Britain's last working Victorian Pottery and the home of world-famous Burleigh ware. The Grade II* listed pottery was almost lost forever through disrepair. However, in 2011 The Prince's Regeneration Trust began to put together a €11.8 million funding package to buy and fully restore it. In 2014, the newly-restored pottery – containing the Burleigh factory, a visitor centre, cafe, shop, activity areas, and workshops and offices for creative businesses – was opened to the public. As a result of the Trust's intervention, 50 jobs were saved and a further 70 have been created since then.

In his speech, HRH The Prince of Wales stated that it was an honour to receive the European Heritage Award for the restoration of Middleport Pottery and thanked all the partners involved in this project. He also referred to many other initiatives that are being carried out by The Prince’s Regeneration Trust, namely the restoration of the pottery's William Boulton Steam Engine, the last surviving example of its kind still within its original factory setting rather than in a museum, and the transformation of the Wedgwood Institute in Burslem, one of England's 'most at risk' Victorian buildings, into a vibrant centre for business, employment and training.

For its part, Ros Kerslake, OBE, Chief Executive of The Prince’s Regeneration Trust, affirmed: “To receive Europe-wide recognition is particularly wonderful for everyone involved in the regeneration work. We complete the restoration of Middleport Pottery after years of careful and painstaking work, and, at the same time, we begin work to bring back into use another one of Burslem's most distinctive buildings, the Wedgwood Institute. Our work has been and continues to be a major impetus for economic change in Burslem and the Potteries."

In her address, the Secretary General of Europa Nostra noted that the European Heritage Award honours not only the exemplary restoration of Middleport Pottery but also all the stakeholders who have made this project such a success: The Prince’s Regeneration Trust, the pottery company Burleigh, numerous public and private bodies, and, of course, the local community.

“The Prince’s Regeneration Trust has become the leading charity in the UK and in Europe to champion and demonstrate the benefits of heritage-led regeneration. Europe as a whole can learn so much from the experience of the Trust. Please continue to share this experience with other colleagues all over Europe and beyond”, stated Sneška Quaedvlieg-Mihailović. “We are delighted that this Award has encouraged the Trust to embark upon new ventures. I can only express the hope that I may be back to Stoke-on-Trent to celebrate with you the opening of the fully restored Wedgwood Institute, and perhaps also to present to you yet another European Heritage Award”, she added.

“Investing in heritage pays off, as the Middleport Pottery shows! This was also the key message of our Report ‘Cultural Heritage Counts for Europe’, which provides convincing evidence that heritage counts not only for Europe’s economy, but also for Europe’s society, culture, identity and environment. Europa Nostra strongly believes that our numerous heritage sites could be the drivers and the carriers of a true creative Renaissance that Europe so urgently needs. A future and better Europe in which the United Kingdom has a vital and leading role, especially in the field of heritage, ” highlighted the Secretary General.

On behalf of Europa Nostra and the European Commission, Sneška Quaedvlieg-Mihailović thanked HRH The Prince of Wales “his pioneering and farsighted role in promoting the value of heritage putting a special emphasis on the benefits of heritage-led regeneration.” She also recalled that a Europa Nostra Medal of Honour was conferred on The Prince of Wales in recognition of “his outstanding service to heritage, not only in the UK but also in Central and Eastern Europe” back in 1994, one year prior to the creation of the Trust.

At the end of the ceremony, the Secretary General of Europa Nostra presented HRH The Prince of Wales with a copy of the ‘Cultural Heritage Counts for Europe’ Report.