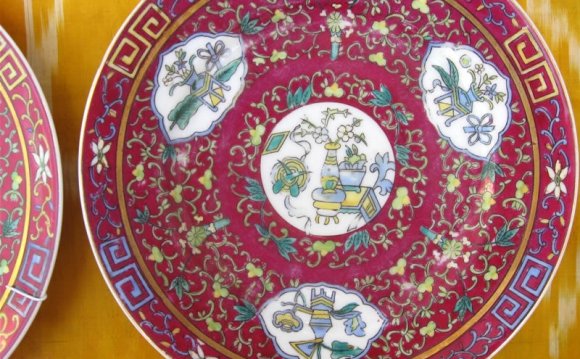 The dawn of the second decade of the 20th Century saw numerous cities,
counties, and states taking up the trend of issuing porcelain license plates to
vehicle registrants. That year, the states of Kentucky, Michigan and Maryland
began their runs of state-issued plates. In Michigan and Kentucky, all varieties of
plates were porcelain, while in Maryland, only the dealer plates were. Cities
jumping on the porcelain bandwagon in 1910 included Hailey, ID; Valley City, ND;
Tulsa, OK; Jacksonville, FL; and Moundsville, WV. With the exception of the
Moundsville plate, interestingly, each of these cities pioneered their respective
state’s experimentation with porcelain plates. Again with the exception of the
Moundsville, none of the states from which these plates were issued ever took
up the task of issuing porcelain license plates themselves, instead leaving the
issuance of such plates up to individual cities. Pine Bluff, AR, as well as
Covington, Lexington and Paducah, KY also began issuing porcelains in 1910.

This decade also seems to have brought about the proliferation of porcelain non-
passenger varieties as well. In Michigan, porcelains were issued to passenger
vehicles, manufacturers, motorcycles, and motorcycle manufacturers in 1910.
After four years of porcelain plates, both Pennsylvania and Virginia also
introduced non-passenger porcelains in 1910 with dealer issues. That same year,
the state of Connecticut introduced livery porcelains, while the city of New Britain
began issuing porcelain plates to the city’s milk dealers. But in spite of this
obvious rise in the issuance and varied usage of porcelain license plates, there
was still not a single state West of the Mississippi that was issuing porcelains of
its own in 1910.

The demand for affordable automobiles was growing with each passing year as
the utility of the automobile was becoming increasingly apparent. In 1913 Henry
Ford introduced the assembly line to automobile manufacturing and changed
motoring forever. No longer was automobile ownership the elite symbol it once
was, as more and more Americans found ways to afford cars which were now
more quickly and cheaply manufactured. Before long, many states would
abandon their issuance of porcelain plates in favor of more cheaply made flat or
embossed metal plates.

But the porcelain era was not dead yet, and in fact, would reach new heights
between 1910 and 1915. In fact, in that 6 year span, 60% of all the state-issued
passenger porcelains ever produced were issued. 1911 saw officially-issued
porcelain license plates spread North to Canada, where the Provinces of Ontario,
Manitoba, and New Brunswick all began their official runs with porcelain plates.
In the U.S., the state of Arkansas also chose porcelain as the material for its first
state-issued license plate. The very first porcelain plates from neighboring
Louisiana also appeared in 1911 as the cities of Alexandria and Monroe began
issuing porcelains. Other cities first issuing plates in 1911 include University City
and Kansas City, MO, as well as Cordell, OK. The earliest dated Mississippi plate
is also a porcelain from 1911, although it is unclear whether this is a pre-state,
some sort of prototype, or perhaps even the state’s first issue. Meanwhile, every
state that had begun issuing porcelain plates at any time prior to this was still