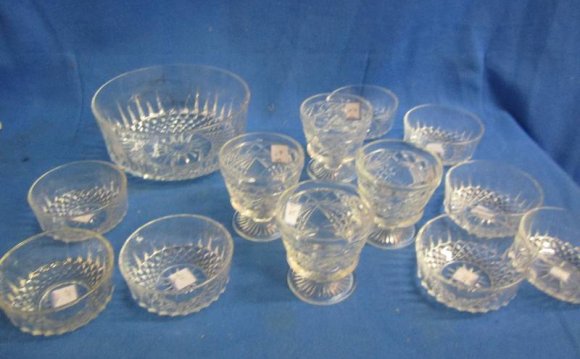 Several years before Columbus set out for America, a glassworks was set up at La Rochère, a mountainous area of timbered houses and waterfalls near the Swiss border of France. After a few false starts (a devastating fire followed by the Thirty Years’ War), the furnace was relit in 1666 and has been going strong ever since. Over the centuries La Rochère has produced canning jars, medical equipment, window panes, and roof tiles, but the company is best known for its drinking glasses. La Rochère’s wide range of glasses, plain and fluted, retain shapes that were as popular in 19th-century dining rooms as they are today. It’s not difficult to imagine the local writer Victor Hugo and painter Gustave Courbet taking refreshment from La Rochère goblets while nibbling the area’s famous Comt© cheese at a rustic cafe.

Today the company is run by the descendants of the 19th-century owners and sells its traditional hand-blown as well as more affordable pressed-glass ranges worldwide. Here’s a selection of some utilitarian favorites.