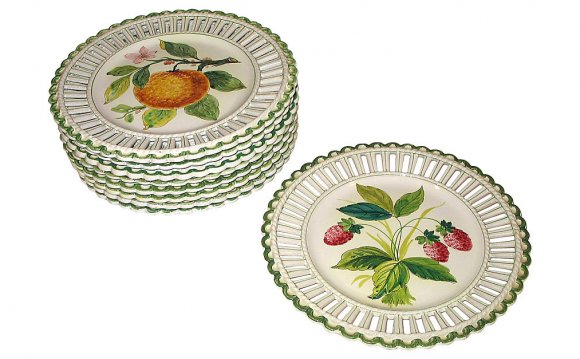 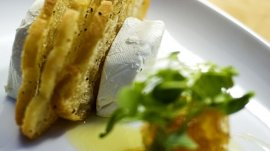 Anyone familiar with Italian cuisine is aware that the term "Italian Cuisine" means one thing in Italy and something else entirely on the other side of the Atlantic. Endless breadsticks are not a Roman invention and the "Tuscan Bread" you'll find on upscale menus has absolutely nothing to do with that region's carbs, which aren't particularly tasty. But the worst misconception by far is the idea that Italians consider substantial desserts as de riggeur. Yes, they invented tiramisu and panna cotta, but Italians generally avoid sugary pastries in favor of "Dulci per Adulti."

When an espresso and some fruit isn't enough to suffice, Italians reach for something both savory and sweet. Traditionally, dulci per adulti consists of a pairing of cheese and sweet lipids and most visitors to Italy will experience the tradition as a cheese plate stacked with thin slices of aged pecorino – parmesan's salty cousin – drizzled with honey. The two flavors are profoundly complimentary. The taste of the mild, nutty cheese and the taste of the honey melt into each other quickly, unifying on the palate into something extraordinarily delicate.

But dulci per adulti isn't limited to one blockbuster combo. Gorgonzola cheese, spread across a thin slice of bread and drizzled with honey is a memorable after dinner treat that leaves a wonderful taste in the mouth and compliments a full-bodied red wine. A more toothy option comes from dipping chunks of crumbled parmesan into aged balsamic vinegar, drizzling lightly with honey, and consuming (typically, with relish).

Unfortunately for Americans, the mass-produced honeys for sale in major super markets typically don't have flavors designed to compliment much of anything this side of Cream of Wheat. The best bet is to order a high-end batch from an online supplier – like Hawaii's Big Island Bees – that treats honey as a food rather than as an ingredient. Better cheeses will also yield better results, especially if you stick towards the dry and aged. Asiago and Bra, which are commonly available, also get the job done.