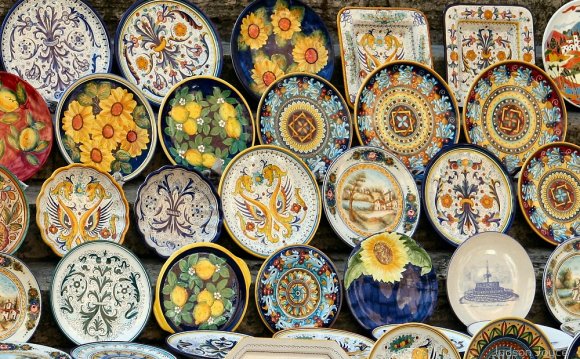 Including the Lead Poisoning Prevention Program

What does that yellow triangle mean?

Why are they suddenly putting lead in dishes?

Lead has actually been used in serving ware for centuries, both for the bright colors on ceramic dishes and for the smooth, transparent glaze.

Unfortunately, lead poisoning is also an ancient disease. Proposition 65 has helped to highlight this long-standing problem.

Why weren't we warned about this before now?

Proposition 65 took effect in 1988. In early 1993, a group of dish manufacturers agreed to provide warnings about the lead content in their dishes.

The research into the harmful effects of lead in the body is on-going. The Federal Centers for Disease Control have determined what level of lead in a child's body is considered to be hazardous. The agency recently set the hazard levels much lower than they had been before - meaning many more children are now thought to be at risk.

How does lead get from dishes into the body?

Lead can leach out from the surface of the dish and get into foods or beverages. Then, when the food is eaten, the lead gets into the body. The amount of lead that leaches from a dish depends on how the dish is used and what kind of food is put in it.