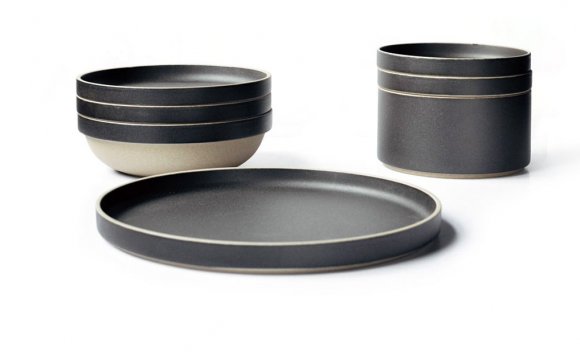 Imari is a style of porcelain named after the Japanese port from which it was shipped to the West, beginning in the late 17th century. Originally made in the town now known as Arita, which became a center for porcelain thanks to its proximity to kaolin-rich Izumiyama, Imari ware (also called Japan or Japan ware), took its design cues from colorful Japanese textiles of the day. Exotic landscapes, gnarled trees, long-winged birds such as cranes, and depictions of courtesans in exquisitely detailed kimonos are just a few examples of the most common Imari imagery.

While Arita ware was often associated with blue-and-white pottery, the Korean-influenced Imari pieces were typically underglazed in blue to define areas filled in later with colored glazes fired at lower temperatures. Thus, blue was primarily used to create borders and backgrounds, although it was also painted on vases, tureens, plates, and lidded jars to depict leaves and other floral elements.

The most frequent Imari palette revolved around three main colors—the blue underglaze, plus a rusty reddish-orange and a brilliant gold. The popularity of this trio led to countless imitations in the West, produced by potteries as respected as Meissen in Germany and Spode in England, both of whom copied Imari freely. By the early 18th century, China was flooding the export market with inexpensive Chinese Imari of its own, making Japanese Imari prohibitively costly in the West.

The withdrawal of Japanese Imari from the Western market lured even more potteries into the Imari trade, particularly those in England, including Coalport. Foremost among them, and a strong player to this day, was Derby (now called Royal Crown Derby), which crammed its serving dishes, ginger jars, and teacups with as much pattern and decoration as their surfaces would permit.

Ornate borders were particular hallmarks of Derby, as was the use of gold—some Derby Imari almost appear to have been gilded, so laden are they with gold glaze. In the early part of the 20th century, Derby produced miniature versions of Imari vases, coal buckets, and urns, as well as paperweights in the shapes of chipmunks, birds, and farm animals such as rams.