Pottery made in Poland 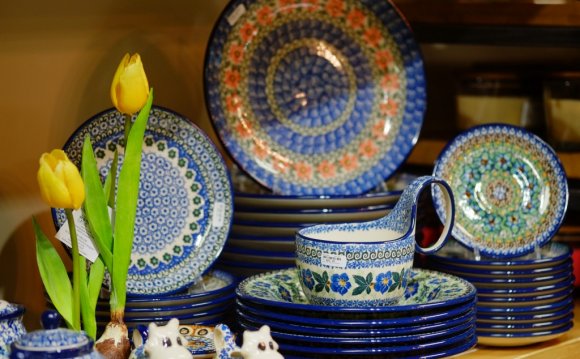 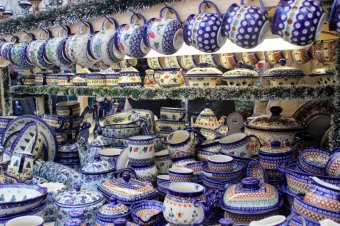 Visitors might head to Poland for any number of reasons. Heritage, family ties and castles are all big draws, but there is no denying the fact that the rich culture of Poland is also a highlight of any trip to the country. Arts, crafts and cuisine are all tangible representations of the heritage and culture that Poland has to offer. Of particular interest, especially to art lovers, is Polish pottery. Better known as Boleslawiec Pottery or Polish Stoneware, this pottery is a unique item that hails from Poland’s Silesia region. 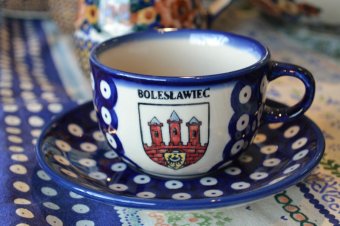 What is Polish Pottery?

Polish stoneware, or pottery, is the name given to the unique kind of pottery produced in Boleslawiec, a town in Southwestern Poland. Boleslawiec pottery is made using the local clay excavated straight from the ground. The clay is unusual because it contains high amounts of both feldspar and silicon, which helps to create the texture and durability of the finished pottery. The color of Polish stoneware is paler than most clay-based products, and many varieties today are selected for their near-white color and beautifully painted designs on the exterior. Pottery from this area of Poland is also interesting because it is baked at insanely high temperatures. A simple bowl or vase might be put in a kiln at over 2, 300 degrees F in order to make it as strong as possible. 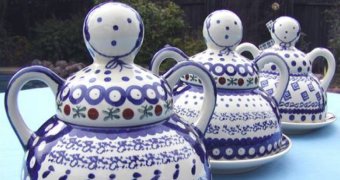 Once glazed, pottery from Boleslawiec will be watertight, which makes it suitable as a drinking vessel or a serving dish.

Sometimes known by the German name of Bunzlau pottery, this Polish stoneware has recently become popular in the United States, resulting in an influx of visitors and buyers to Silesia, Poland.

The History of Polish Pottery

While there are some suggestions that pottery has been made in the Silesia region of Poland since the 7th century, the first documentation of production was from the end of the 14th century. The fine white clay was collected from between the Bobr River and Kwisa River, and eventually pottery becomes the area’s primary industry. With more and more potters coming onto the scene, guilds were formed to regulate the process and ensure a perfect final product. This step in the 16th century was the key to making a name for Polish stoneware throughout Europe.