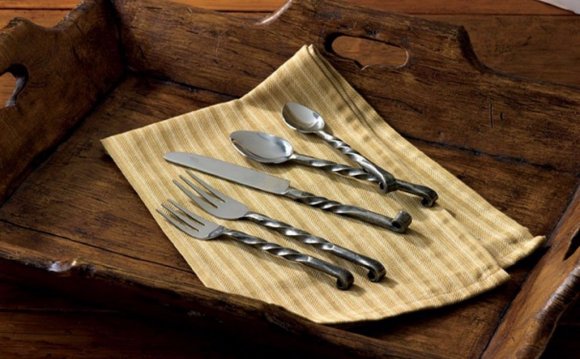 Fiesta was introduced in 1936 by the Homer Laughlin Pottery Company, discontinued in 1972, and went back into production in 1986. It was casual and inexpensive tableware whose colors could be mixed and matched, exuding a sunny, California sensibility even though its Art Deco aesthetic was the brainchild of an Englishman, Frederick Hurten Rhead, and the company was based in Newell, West Virginia.

There were 34 pieces in that original lineup, from coffeepots to sugar bowls, candle holders to casseroles, dinner plates to carafes. Seventeen more styles of cups (including the Tom and Jerry mugs), marmalades, mustards, platters and vases were added before the end of the 1930s. For collectors, two pieces in particular are among the most prized: a 12" compartment plate and a covered onion soup bowl, both of which were dropped in the first year, thus severely limiting their supply.

Fiesta was not the only, or even first, line of colorful dinnerware sold in the United States. Bauer Ringware preceded Fiesta by about seven years. Indeed, Homer Laughlin itself produced several other Fiesta-like dinnerware lines, including Harlequin, Riviera, and Kitchen Kraft.

All of these have their followings, but Fiesta remains king. Maybe it’s because of the line’s simple look, with its concentric rings circling the edges of all its pieces. Or it could be other design masterstrokes, like the seven sizes of mixing bowls that could be collected in any color and create a flat surface across their rims when nested. A complete set of nesting bowls, with no chips, is one of every serious Fiesta collector’s Holy Grails, as is a striped piece, if you can even find one.

In 1943, World War II forced Homer Laughlin to discontinue its red items due to government restrictions on the radioactive uranium in the glaze used to produce the vibrant color. The glaze reappeared in 1959. In the meantime, the company replaced cobalt, green, and ivory with forest green, chartreuse, rose, and grey. Some of these later colors are actually quite prized due to Fiesta’s slumping popularity (introduced in 1969, its Ironstone line never took off) and eventual demise in 1972.

Dating a piece of vintage Fiesta is relatively easy. Some old pieces have a stamp on their bottoms; others are marked with pairs of numbers or letters. Vintage nesting bowls made in Fiesta’s first year have rings on the inside of the bowl at the bottom; subsequent pre-World War II pieces do not. Newer pieces don’t contain those exact clues, but they do offer others. For example, new water pitchers use the same molds as the originals, but a dimple on the inside of the handle tells you it’s post-1986.

Art of the Table: Fiesta Pottery

This gallery showcases highlights from the 5, 000 items in the museum's ceramics collection dating from 1500-1900. I… [read review or visit site]

This archive of 76 influential American cookbooks from the late 1700s to early 1900s, assembled by the Michigan St… [read review or visit site]

Ceramics at The V&A

A great reference on ceramics from the Victoria and Albert Museum. Learn about different ceramics techniques and st… [read review or visit site]