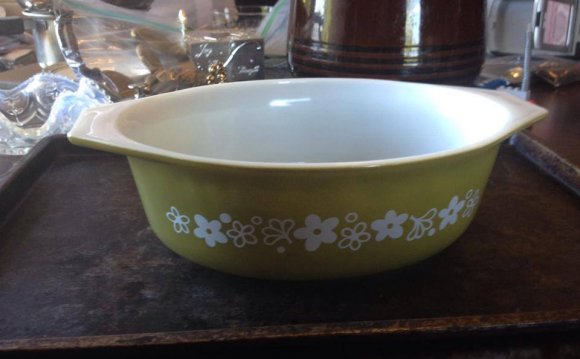 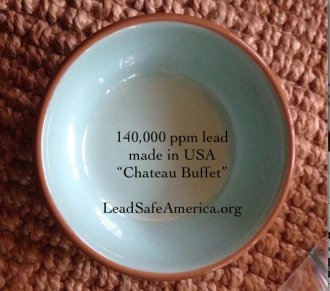 Pottery & dishes often contains lead. For decades potters have known about the potential hazards of lead in ceramics and glazes and many have chosen to specifically seek out lead-free source materials and produce lead-free pottery.

True story: I was born in 1969, and and during my childhood my mother made groovy pottery and ceramic wind chimes which we all sold in our groovy booth at the many groovy festivals and street fairs that characterized that groovy era!

My mother’s famous pottery (she sold at Disney World and Filene’s and her pieces were actually featured in museum exhibits and she was a student of Peter Voulkos at U.C. Berkeley in the early 1960s) was my family’s primary source of income for more than 20 years. Knowing what I know now, and with the technology and tools I have at my disposal today – I tested some of the pottery I still have that my mother made when I was young – and it is all lead-free.

If you are buying from a local artist you can always ask them if they use lead in their clay or glazes.

Some of today’s more progressive ceramic artists (like my good friend Greg of Ceramic Generations in San Anselmo, CA) who make their pottery vessels specifically for eating off of and cooking with will mark “lead-free” on the bottom – so that is something to look for as well. 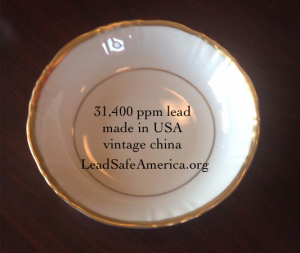 Outside of the realm of handmade pieces, where you can actually talk to the artist – all bets are off.

While there are some regulations (including most notably Prop 65 in California) that include provisions designed to create awareness of potential toxicity in consumer goods or directly protect consumers from lead-toxicity (for example some legislation includes standards for leach-testing of ceramics “used for food preparation and consumption”), there are no U.S. regulations (to my knowledge/correct me if I am wrong!) that specifically regulate the overall content of lead in pottery—even for pottery pieces intended for use with food and beverages.

The only exception to this is if an item is explicitly “intended for use by a child” (like a ceramic baby cup.) In that case, there are two standards for determining toxicity (total lead and surface/coating lead) but as a rule-of thumb I cite the more strict of the two standards (which is also in-line with European toxicity standards) – with my recommendation that an item intended for children should not be more than 90 (ninety) parts per million lead.

That said, I have tested pottery (with a Niton XRF instrument that I am trained and certified in using) that was as high as 400, 000 ppm lead! This is pottery that was ostensibly sold as a dish to eat off of. I have also tested new/modern pottery that I was told was “leach tested and determined to be safe”—pottery that was in the 40, 000 to 50, 000 ppm range.

There is no rule of thumb as to whether modern or antique china or pottery will have lead. Some “experts” will tell you that, “heavily decorated pottery has more lead”, however – as recently as earlier this week – I have found heavily decorated modern pottery from Mexico with 100 ppm lead, and plain white pottery from England with 80, 000 ppm lead – which just reinforces that there is no way to determine lead content by such apparent empirical observations—you just can’t make assumptions.